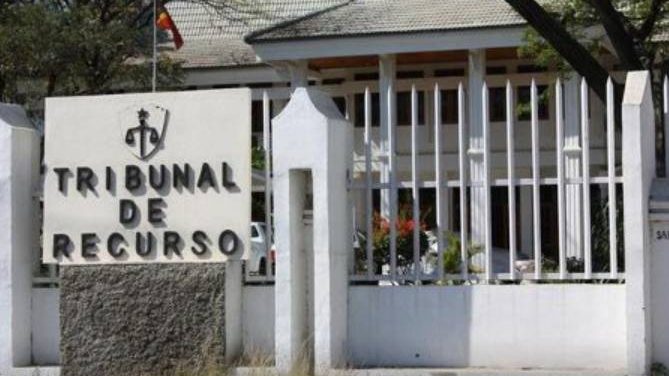 Dili, 29 Jun 2019 (Lusa) – Former Timorese ministers Emília Pires and Maddalena Hanjam remain without final decision on their case, after a “nightmare” of several years that now saw the sentence of the first instance annulled but without decision final, according to the defense.

“Two years later, the Court of Appeal confirms that the sentence is null and void, but it does not solve the case,” Lusa’s attorney told AFP. “The sentence did not go unappealable because of the appeal and therefore the two defendants were never convicted. Maddalena Hanjam, Nuno Morais Sarmento.

“We have no idea how many more years it will take,” said the Portuguese lawyer, responding to the judgment of the Court of Appeal on Friday, referring to a case which has been dragging since 2012.

Morales Sarmento stressed that the decision of the Appeal confirms that the judgment of the panel of judges of the lower court is “absolutely unacceptable from the technical point of view” with a “disregard of more than 90 matters of fact” essential to the trial.

“These magistrates should be given serious training again because they are not in a position to decide on any process, with a lack of consideration of facts with this extension, especially in a criminal process that can lead to deprivation of liberty,” he said.

In practice, he explained, “disregard of facts” can be of two types, or facts that were not even considered during the trial or others that were heard, but which the judge “forgot” to consider in the sentence.

The Portuguese lawyer says that the decision on what happens now depends on the District Court that can choose between reopening the trial to consider these matters inconsiderate or simply redo the sentence to “fill the deficiencies” that the first sentence had.

A somewhat “absurd” choice especially in cases where “there was a gross gross disregard of de facto matter at the trial hearing,” as the defense argued at various moments of the trial.

“I do not think it is impossible for the judge to say that he will simply redo the sentence, but it would be grossly wrong to do so because they can not overcome the deficiencies that the hearing itself has,” he said.

“Witnesses who have not heard or steps they have not taken are deficiencies of the audience they can not overcome. I do not see how there can be a sentence without at least a partial repetition of the judgment,” he said,

Morales Sarmento also considered the order confirming that the Public Prosecutor’s appeal to the case was missing more than two years “as extraordinary as the other failures” in the proceeding, a result of the conditions of the judicial system of the country where “there is a rule writing and a practical reality that have nothing to do “with each other.

The lawyer considered “the disregard of the MP’s appeal as serious as disregarding the defense appeal,” referring to the “excessive delay” in the entire process that “harmed the defendants”, keeping them with restrictions in their lives.

Emilia Pires, who was sentenced to pre-trial detention, is currently in Portugal, where she traveled shortly before being sentenced at first instance and where she remained for health reasons.

Madalena Hanjam is in Timor-Leste where she has applied the Term of Identity and Residence (TIR).

“The trapping of this case only harmed the defendants who have limitations in their personal and professional life because of a process that has been going on for years without there being a single word from the Court of Appeal until now,” he said.

The defense will now await the decision of the Dili District Court where the trial has come down again, stating that despite the nullity of the sentence, will only be satisfied “with this process as long as the acquittal” of the defendants.

“That day I am happy because that is the result that I consider fair,” he said.

Morales Sarmento recalled the “nightmare” of the trial and the “difficult conditions of the trial,” with “unacceptable arrogance of the judge,” penalizing especially the fact that some of the lawyers are Portuguese.

“He favored to spread the hearings in time to make the support of lawyers impossible or economically unbearable, or impossible for the professional life of lawyers,” he said.

“It was a very hard trial, in which the collective did not collaborate minimally, did not try to create the best conditions for the defense. It was a collaboration below the minimum, always, regarding copies, recordings of the hearings, marking of the hearings and even in the “they said.

The lawyer accused the group of maintaining an “objective attitude of non-impartiality” which makes him fear for the next step, namely to know what will happen with the return of the case to the first instance.

In December 2016, Emília Pires, the former finance minister, and Madalena Hanjam, a former deputy minister of health, were convicted of irregularities in the purchase of hundreds of hospital beds in two contracts awarded to her husband’s company, supposed collusion between the three for the realization of the deal, worth 800 thousand dollars.

Pires and Hanjam were sentenced respectively to seven and four years in jail for crimes of economic participation in business, being acquitted by the crime of harmful administration.

There are Animals Made of Loose Hooks in the Lisbon Oceanarium