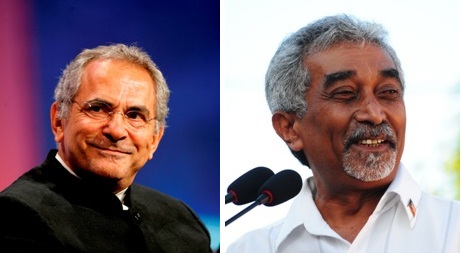 “I think it should be renewed if it so desires. The work is almost finished in terms of infrastructure, but now it is necessary that someone like him continues for the next phase, which is to attract private investment,” said José Ramos- Horta in declarations to Lusa.

“The infrastructure is there, and now we need private investment. It can not continue to be just the state,” he said, considering that someone like Alkatiri “with the capacity to dialogue, persuade and attract foreign investment” is needed.

Ramos-Horta’s statements come at a time when Mari Alkatiri is ahead of the RAEOA and the Special Zone of Social Market Economy (ZEESM) of the enclave, whose term ends on July 25.

Alkatiri is the leader of the Revolutionary Front of Independent East Timor (Fretilin), the largest party with parliamentary seat, but currently in opposition, whose reappointment has been questioned by members of the coalition parties of the Government.

Alkatiri’s critics have pointed out some aspects of his initial management of the RAEOA – when it was still shared with the central government – and which was the subject of a controversial audit.

Members of the government parties also point out that Alkatiri may have had influence with the current President, Francisco Guterres Lu-Olo – who is Fretilin’s president – for some of the most controversial decisions, including vetoing the budget and not giving ownership to several members of the executive.

Ramos-Horta rejects this argument stating that “it is not true”, emphasizing that the head of state is “super independent”, has a “strong personality” and Alkatiri could not convince him to take a contrary opposition to the one he defended.

“I can guarantee 100 percent, within my role or my reputation that everyone knows, in which I try to be as free and balanced as possible, that Mari Alkatiri is too respectful of the President as President to be wanting to influence him in a way or another, “he said.

“He gave his opinion once about the budget and about the appointment of the members of the Government, but he is not putting pressure on the President.I can not say what he said to the PR, but I must say that he does not strictly correspond to what he is accused of “he said.

Alkatiri was appointed for the five-year term by a presidential decree signed on July 25, 2014 by the head of state (who is currently the prime minister), Taur Matan Ruak, taking into account a proposal by the then head of the Government, Xanana Gusmão.

The 2014 law that created the RAEOA and the Special Zone of Social Market Economy (ZEESM) in Oecusse-Ambeno states that in the event of a vacancy in the position, the new president of the authority must be chosen within 120 days.