2 months ago 3 min read
By using our website, you agree to the use of our cookies.
Got it! 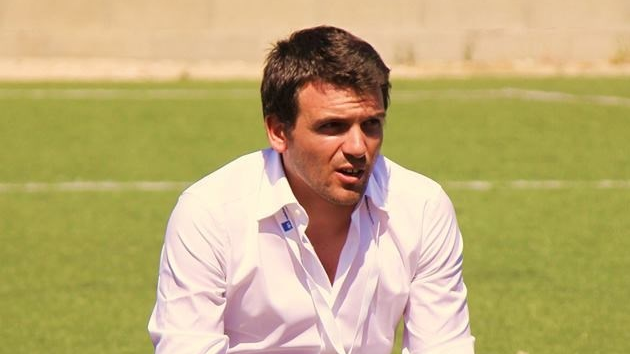 Portugal’s Fabiano Flora says he has the challenge of “clearing the image of the national team” after the former technical director of the football association was accused of bribery. Fabiano Flora will accumulate the post of coach with Boavista FC Timor until the end of the season that ends in two months.

Fabiano Flora, the current coach of Boavista FC Timor, signed a contract Monday to lead the National Soccer Team of Timor-Leste, with the first goal of preparing the Southeast Asian games at the end of the year.

Fabiano Flora, who will accumulate both positions until the end of the season, said he will work to renew the image of the national team, acting both “on and off the field”, to adequately prepare the future.

“It’s a big challenge. First of all, the most important thing is to clean up the image that was previously given,” he told Lusa in Dili.

“I want to create a work base for now and the future, not only with the main selection, but with the younger grades. A different working methodology, not only within the field, but also developing my ideas out of the field,” he said. .

The former assistant coach of Olhanense and Académica signs the contract less than three months after arriving in Dili where he went to train Boavista FC Timor, last season’s champion of the Timorese LFA.

“I had spoken to the President of Boavista and it seemed to me a very interesting project, especially since the team had been a champion and ambitions to go to the Asian Football Cup,” he explained.

“At this moment I’m going to stay with both of them because two months to finish the championship, I’ll be like Boavista until the end, and then I’ll dedicate myself completely to the national team,” he said.

For Timor-Leste, Flora led the experience of the I Liga and also toured Italy and Myanmar, a country that helped to have contact with Southeast Asian games and local reality.

At the end of Matchday 5 of the 1st Division of the Amador Football League, Boavista FC Timor are in 3rd place, with the same points as Lalenok United FC and two points behind leaders AS. Ponta Leste.

Flora has replaced the Japanese Norio Tsukitate, who has recently criticized players and Timorese authorities for delays in the construction of the Dili Municipal Stadium, which have prevented the country from hosting international matches since 2015.

Unicef delivers medical equipment to Timor-Leste to fight the disease