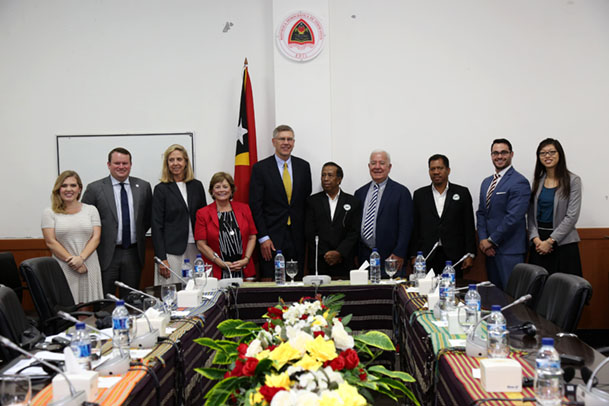 The purpose of the meeting was the presentation by the Ambassador of two speakers from the House Democracy Partnership of the United States of America, one from the Democratic Party and one from the Republican Party.

At this meeting, the President of the National Parliament thanked and appreciated the support of the International Republican Institute (IRI) to fortify relations between Timor-Leste and the United States of America.