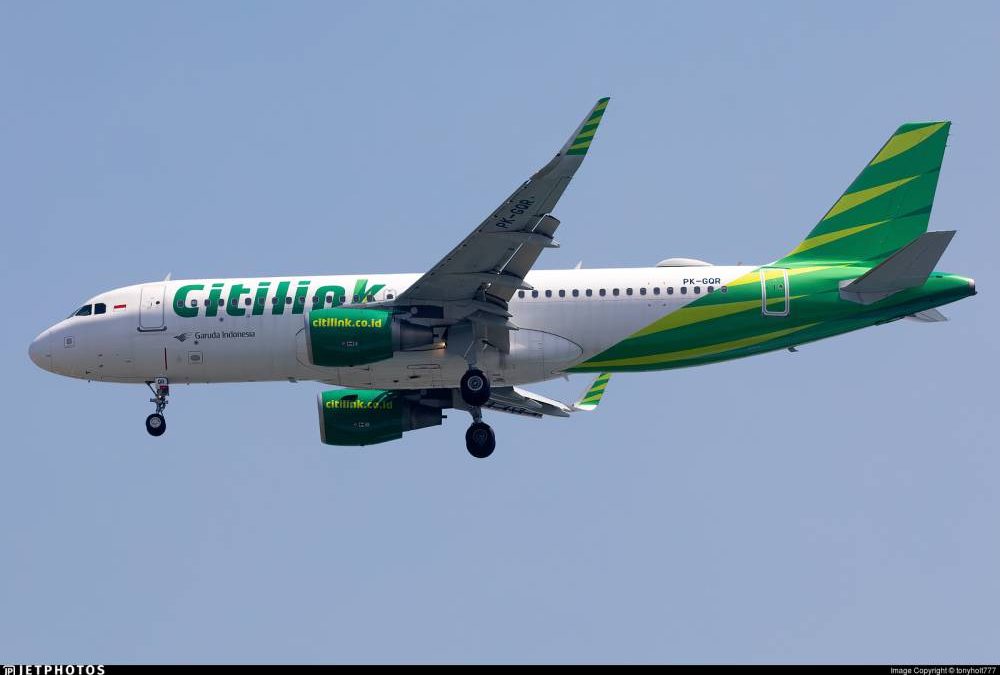 An Airbus A320 from Indonesian airline Citilink, from Jakarta, made history today by becoming the first airplane to use taxiway in Timor-Leste at the new airport of the Oecusse enclave, inaugurated today.

Around 15:30 local time, the plane with the registration PK-GQR – a charter contracted by the Indonesian company Wika – landed in the runway of the International Airport of Oecusse – Route of Sándal.

After landing from west to east, the machine circled the 2,200-meter track, and slowly came up to one of the three sleeves of the new space.

On the first floor of the terminal, many Timorese individuals, including the President of the Republic, Francisco Guterres Lu-Olo, the President of Parliament, Aaron Noé Amaral, and the Minister of Legislative Reform, Fidelis Magalhães, followed the moment.

Next, applause for the A320’s landing and the unprecedented moment in East Timor: that of an airplane using the airport sleeve – although in this case it is not known exactly when this will happen again.

At least for now, the airport continues to be served only by the twin-engine 19-seat Oecusse-Ambeno Special Administrative Region (RAEOA), the ‘owner’ of the project that cost 120 million dollars (107.2 million euros).

Moments after the symbolic operation on the track, on the other side, where a huge poster shows that one is at the Oecusse Ambeno International Airport Sandalwood Road, it would be up to Francisco Guterres Lu-Olo to ring the horn that officially inaugurated the infrastructure.

Several East Timorese individuals, representatives of the diplomatic corps and many guests, witnessed with many of the inhabitants of the capital of the enclave – the most isolated area of ​​East Timor – the opening of what regional authorities want to be the new gateway into the country .

Mari Alkatiri, president of RAEOA, reiterated this in a speech in which he recalled that it was the sandalwood of the mountains of Timor that helped on the silk route and that today the airport can help cement ties with neighboring Indonesia.

A “window” that also marks the unanimous support of East Timorese political forces that in 2014 bet on RAEOA and the Special Zone of Social Economy of Market (ZEESM), a project that was born with the support “of all leadership in 1974 and 1975 “said Alkatiri.

“They all collaborated to allow this process in Oecusse. I’m just sad that Brother Xanana Gusmão is not here at the moment,” Alkatiri said.

Mari Alkatiri spoke a few weeks after completing his term as president of RAEOA, and it was up to the Prime Minister, Taur Matan Ruak, to propose to the President of the Republic the renewal of the mandate or a new name to lead the project.

AMP does not want to renew Mari Alkatiri's mandate in Oecusse

Timor-Leste registers one more case, bringing the number of infected to 23