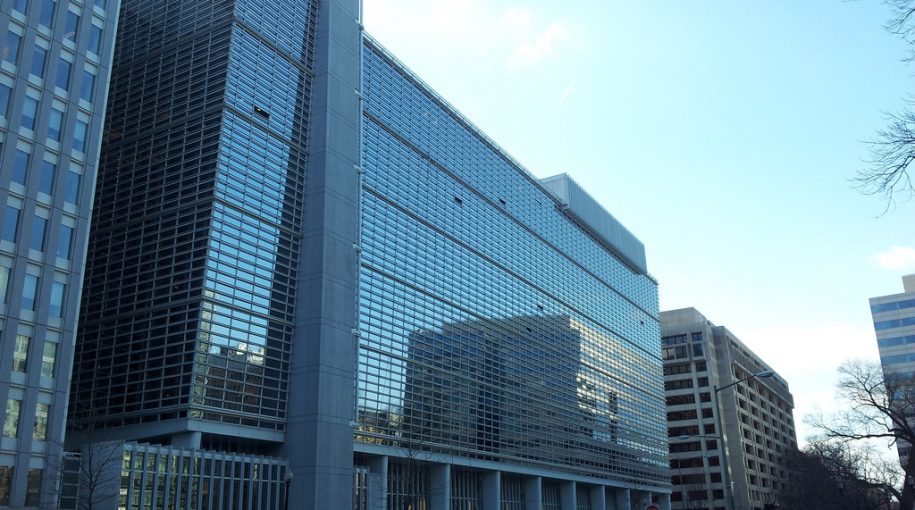 21 May 2019 (Observador) – The biannual economic report of the WB predicts that the contraction of the last two years should be reversed this year and in the next, the forecast is an increase of 4.9% of GDP in 2021.

The East Timorese economy is expected to grow 3.9 percent this year, boosted by an increase in public spending after two consecutive years of contraction caused by political uncertainty in the country, according to the latest World Bank report.

The World Bank’s six-month economic report, released on Tuesday, predicts that contraction for the past two years, which reached 3.8 percent in 2017 and 7 percent last year, is expected to be reversed this year and next – the forecast is an increase of 4.9% of GDP in 2021 – driven by more public spending and greater private consumption.

“With the approval of the 2019 General State Budget (OGE) in February, we expect some economic recovery to occur,” said Pedro Martins, chief economist at the World Bank.

“The Gross Domestic Product (GDP) is expected to grow 3.9% in a scenario of greater economic and political stability. Increased public spending coupled with stronger private consumption will lead to economic recovery, “he said.

The decline in public spending and the political and consequently economic uncertainties of the past two years have “had a notable impact on the private sector, affecting consumer and business confidence”, with a drop in private consumption.

“Public spending on wages and personal benefits fell by 1-2% and thus failed to sustain consumption as they did in 2017,” notes the World Bank, noting that private investment has also been relatively subdued.

The report confirms the impact of reducing public spending in 2017 and much of 2018, which only began to be corrected in the last quarter of last year after the approval of the State Budget.

Economics, the report says, is “reasonably protected against external shocks,” but may be vulnerable to price rises, falling dollar prices, or worsening global financial conditions.

Internally, the World Bank continues to refer to high domestic risks, noting that “the political tensions” of the last few years “have decreased but not dissipated”, recalling that the Government is not complete.

The World Bank notes that the Petroleum Fund continues to see its balance reduced and that it is essential to protect the population and private investors, a situation that can be remedied by the eventual production of the Greater Sunrise fields and “improvements in the quality of public spending, which can have multiplier effects on the economy. “

Historically, the report has pointed out that the performance of the Timorese economy has been weakening since 2008, when it achieved double-digit growth, with average GDP increases of 9% between 2007 and 2011 and an average of 4% between 2012 and 2016.

In 2017 and 2018, “negative economic growth has further contributed to a divergence from regional trends,” the study said.

Commercial lending to the private sector in Timor-Leste fell 2% last year after the “unusual” 25% increase in 2017, possibly due to credit lines for late payments in the state, according to the World Bank.

The World Bank’s economic report, released on Tuesday, notes that credit levels “have grown steadily throughout 2017 but have fallen sharply in the first quarter of 2018.”

Behavior that, according to the institution, translates into a “response to arrears in payments affecting economic sectors dependent on government contracts (such as construction) in 2017”.

The “sharp fall” in early 2018 “may have been caused by growing concern about the ability of creditors to pay off debts,” the report notes, noting that in general terms individual loans were to boost credit growth in 2018, while construction and tourism registered declines in credit levels.

Specifically, according to the report, private individual loans accounted for 41% of total commercial bank lending in 2018, followed by construction (25%) and commerce and finance (19%).

The World Bank notes that access to credit “is often reported as a major trade restriction, which may discourage development” in various sectors, and a “credit guarantee system to stimulate small and medium-sized enterprises companies, with credit risk sharing “.

Data released this Tuesday show that there is still a low level of non-compliance, which in March 2018 was around 4% – far from the 42% level in 2010 – although there was a new increase to 6% at the end of last year .

An increase that, according to the World Bank, is probably due to “deteriorating conditions, where businesses and even individuals were struggling with cash flows” because of delays in payments.

Globally the banking sector continues to be characterized by high liquidity – with a low lending to deposit ratio of 0.22 – due to “poor financial intermediation” with “a large part of the banking sector’s assets abroad.”

In another context, the domestic economic situation led to a fall in the trade deficit last year, which was around $ 940 million, down two percent from 2017.

Imports of goods fell by 3%, mainly due to falls in vehicles and machinery, with imports of consumer and capital goods amounting to 613 million and services amounting to 450 million.

Most imports of goods originating in ASEAN member countries, such as Indonesia and Singapore, but also from China.

Exports of goods increased by almost 50 percent to $ 25 million from coffee – which had a better harvest than in 2017 – accounting for about 95 percent of all exported products.