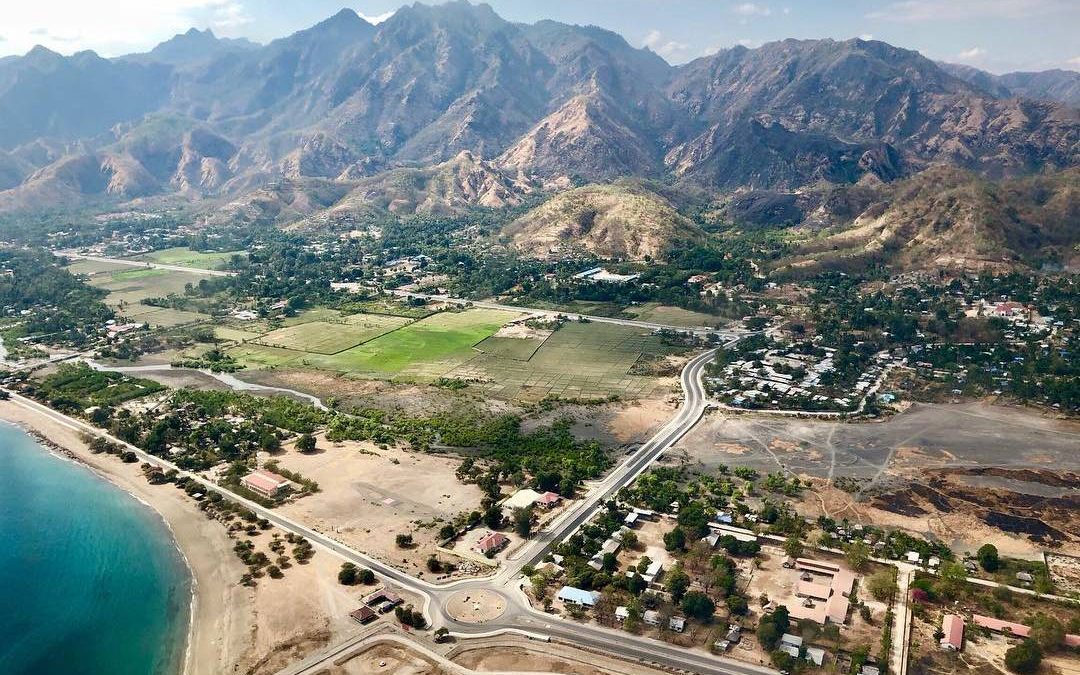 
Pante Macassar, 21 May 2019 (Lusa) – The Special Administrative Region of Oecusse-Ambeno (RAEOA) and the Malaysian company Sutera Sanctuary Lodges (SSL) have signed an agreement to create a company that will make improvements in the new hotel in the enclave.

The agreement was signed by RAEOA President Mari Alkatiri and SSL Chairman Edward Ong at a ceremony on Monday in Pante Macassar, regional authorities said in a statement.

“We will have a five-star hotel to welcome the people who arrive at our five-star international airport and want to visit our six-star bridge,” said Mari Alkatiri, hailing the agreement.

The agreement foresees that RAEOA and SSL create a company in which SSL will have a large majority of the capital and the administrative region will have a golden share that guarantees some control in the execution of the project.

SSL is the company that has been promoting, for more than a decade, with the Timorese authorities, the construction of the megaproject Pelican Paradise in Dili, a project that is still awaiting a Special Investment Agreement.

“The process has exceeded all our expectations,” said SSL CEO Edward Ong, comparing the case to Pante Macasssar with the company’s larger project, Pelican Paradise, in Dili.

“After eleven years of trying to start an operation in Dili, we have managed to reach this moment in just seven months, and we have built a relationship based on mutual trust and respect, which will allow us to overcome all the challenges,” he said.

The larger project, Pelican Paradise, has been subject to successive postponements and was discussed last week in a meeting with the people in charge of the Pelican Paradise Group, including Edward Ong, with the Minister of State of the Presidency of the Council of Ministers and Minister Co-ordinator for Economic Affairs, Agio Pereira.

The project involves the development of a tourist complex with an investment of USD 700 million in an area of ​​approximately 558 hectares in the area between Tasi Tolu and Tibar, which will include, in addition to the hotel units, a golf course, residential lots , a youth development center, an international school, an international hospital and shopping centers.

This tourist complex will allow the creation of approximately 1,500 jobs in the construction phase, 1,300 permanent jobs after the construction and reforestation of 80% of the project area.

In the case of Oecusse, the agreement provides that OSL will bring improvements to the new Ambeno Hotel – built and not yet open to the public – to move from the current four stars to five.

These improvements include the increase in the number of beds, presidential suite, gymnasium, and other facilities and structures with 50-year management, “which will ensure an international standard (Malaysian Standard for Five Star Hotels).”

The project will be developed following the example of the award-winning Sutera Sanctuary Lodges, Poring Hot Springs, Kinabalu Pak, Manukan Island Resort and Laban Rata infrastructures that are part of SSL’s hotel portfolio.

“Make sure, in the long term, the recovery of all the investment of the RAEOA in the hotel, based on an evaluation of the financial viability of the investment and the business plan by an external entity,” the statement said.

The secretary of Community Tourism of RAEOA, Inacia Teixeira, said that the partner will allow “to present Oé-Cusse to the world as a tourist destination, attracting a wider public, nationally and internationally, with a high-quality offer and potential that goes from tourism leisure, nature, and culture to niche markets such as MICE (Meetings, Incentives, Conferences and Exhibitions) and business. “

“It will also expand the area of ​​our territory that is promoted touristy, including in the dimensions of religious tourism, nautical and adventure, to places like Oesilo, Nitibe and Passabe,” he said.

The project, he said, could help “mobilize other investors, in different areas from agriculture to banking, transport to telecommunications,” and to “create opportunities and jobs for young people and raise the quality of life of the Atoni people and Timorese people in general, “he said.