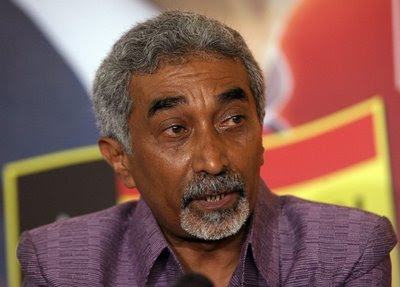 The Alliance of Change for Progress (AMP), a coalition of the Timorese Government, announced this Monday, June 17, that it proposed to the Prime Minister, Taur Matan Ruak, not to renew the mandate of Mari Alkatiri as president of the Special Zone the Social Economy of Market (ZEESM) and the Special Administrative Region of Oecusse-Ambeno (RAEOA).

This position was unanimously approved at the two-day meeting of the three parties that make up the AMP, which took place over the weekend, the coalition officially reported. “The AMP reaffirms its position to comply with the 2018 electoral commitment, in order not to renew the mandate of the current president of RAEOA. We appeal to Prime Minister Taur Matan Ruak to inform the President of the decision, “read the document.

The meeting was attended by members of the Government, MPs and leaders of the National Congress of East Timorese Reconstruction (CNRT), the People’s Liberation Party (PLP) and the Kmanek Haburas National Timor Timor Oan (KHUNTO), highlighting the absence of the CNRT leader , Xanana Gusmão. However, Secretary-General Francisco Kalbuadi Lay later clarified that he was present on behalf of the absent leader.

The meeting was convened to carry out a “thorough assessment and consolidation of the work of the MPA, the VIII Government and the National Parliament” and at the same time “promote stability and boost national development.”

A number of resolutions came out of the conference, including reaffirming confidence in Taur Matan Ruak’s leadership as prime minister and the AMP’s Board of Directors to “facilitate communication between the National Parliament and the Government to work for the well-being “Of the Timorese people.