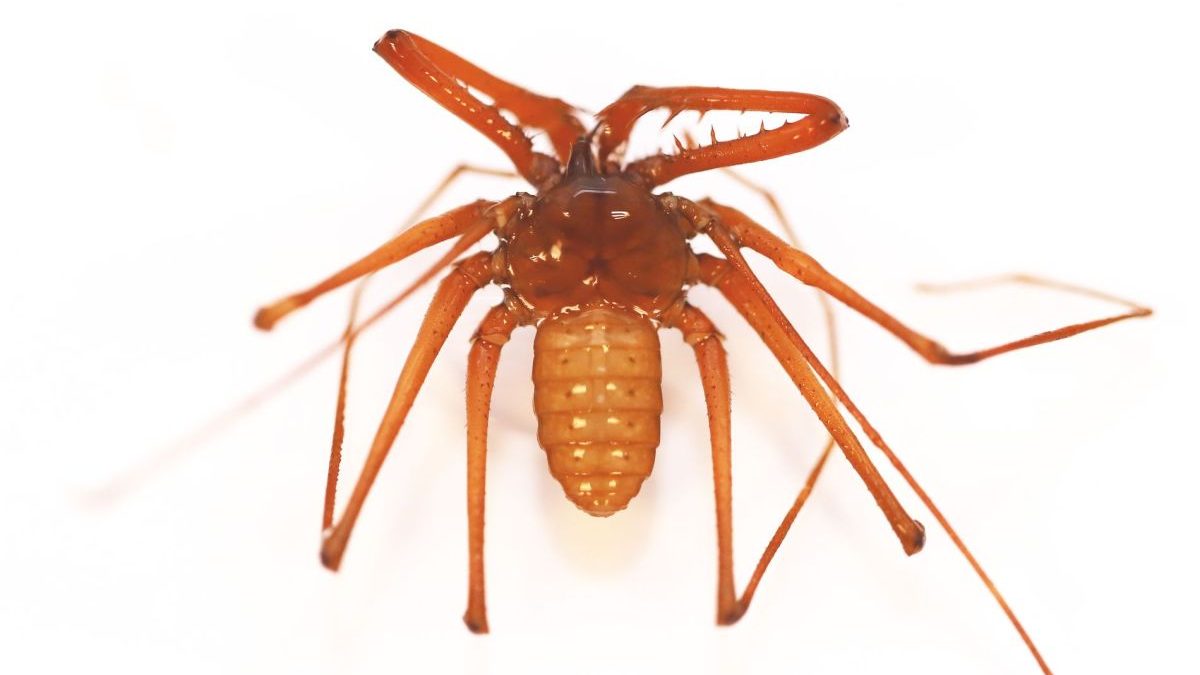 Sarax timorensis is a new species of arachnid discovered by biologist Ana Sofia Reboleira during the first expedition of the project Fatuk Kuak hosi Timor Lorosa’e 2016. In this month-long expedition, a Portuguese team of speleologists led by the scientist explored the caves and caves of Timor-Leste, carrying out biological exploration works. The team looked for signs of new species from that particular habitat.

The expedition organized by four Portuguese speleology groups, with the support of the Oriente Foundation, the National University of Timor Lorosa’e and the group of Timorese speleologists Juventude Hadomi Natureza, lasted a month.

And it was in a grotto in the eastern province of Lautém that the cave-dwelling arachnid – named Sarax timorensis, being exclusive to Timor-Leste – was found by Ana Sofia Reboleira.

The species Sarax timorensis is an arachnid – a family to which spiders, ticks or scorpions belong – of the order of the amblipígios. This term means that they are typically tropical and subtropical animals, found in hot and humid environments, and with certain specific characteristics.

This discovered cave-like arachnid reveals traces of adaptation to cave life: tiny eyes, poor vision, and poor pigmentation. These are consequences directly related to the lack of sunlight in the habitats – after all, they are caves.

It is common for subterranean arthropods, such as this arachnid, to show a tendency towards gigantism as a consequence of the development in atrophic ecosystems – with low direct solar luminosity – and oligotrophic – poor in nutrients.

In fact, Sarax timorensis is the second largest species of the Charinidae family, with the specimen discovered to have a total length of 18.82mm. Contrary to what is common in these animals, the species Sarax timorensis presents two pairs of lateral eyes, instead of three or none.

According to the January 2019 publication in the journal ZooKeys, Southwest Asia was, until then, an area considered to be poor in biodiversity with regard to ambliplegia.

However, according to the biologist Ana Sofia Reboleira, the underground environment of the islands is a real “living laboratory” for studies of this type. The organisms of the islands are more isolated, making it easier to study the processes of evolution.

Still in her blog, the scientist explains that the high temperatures and high humidity felt inside and outside the caves impose limitations in the field work, because it is a combination that is “at the limit of human survival.” Nevertheless, with or without limitations, the expedition that focused on the provinces of Baucau, Lautém and Viqueque, was successful. In addition to discovering a new species, it was possible to survey the cave species in South-East Asia.

It’s Not a Spider

Ambliplegia, like this arachnid, are harmless to humans: they do not bite, they do not attack, and they do not have venomous glands. They also do not have silk glands, so you will not see any webs near them. When threatened, they can cling to their fingers, using pedipalpos – appendages that resemble tweezers, on the sides of the mouth – and cause minor injuries. These pedipalpos, which are usually quite developed, may function like those of the mantis.

Another of the differences between ampuleid arachnids and spiders is that, although they have eight legs, the first walk only about six of them, in a style similar to that of crabs. The frontal legs thus have a sensory function, such as antennas.

By not producing silk they also have other methods of catching prey. Amblyopic arachnids are often called “sit and wait” predators because after they “feel” their prey, and when they are within a short distance, they jump and catch them, crushing them.

But this is not the only contribution of Ana Sofia Reboleira to science. The biologist and speleologist, who is also Professor of Natural History at the University of Copenhagen in Denmark, has only identified 59 new species and 6 new genera in the last decade. Ana Sofia Reboleira discovered in Portugal an underground beetle (Iberoporus pluto) in Serra do Sicó and a very rare pseudo-scorpion (Lusoblothrus aenigmaticus) in the Algarve. He also explored the Krubera-Voronya cave in Georgia, the second largest and deepest known, and there discovered a milpés (Heterocaucaseuma deprofundum) without eyes, without pigmentation, typical caveman.

The description of the species Sarax timorensis, in the scientific journal ZooKeys, counted with the collaboration of postdoctoral researcher Gustavo Silva de Miranda, of the Smithsonian Institution, USA. At the University of Copenhagen, Sofia Reboleira also coordinates a laboratory dedicated to the study of speleological systems on a global scale.