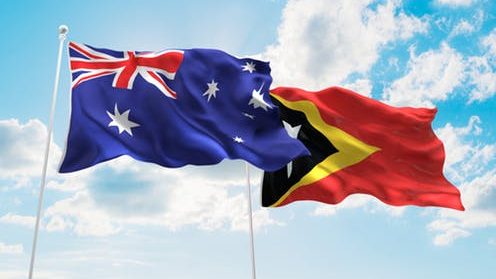 “There is agreement, draft verbal note and everything is being done so that ratification can be completed by August 30,” confirmed a member of the Timorese Government.

Source involved in the process confirmed to Lusa that the goal is “in the coming weeks” to bring to parliament the package of legislative changes that are necessary to allow the ratification of the historical document, signed on March 6, 2018.

Aaron Noé Amaral, president of the National Parliament, told reporters today that the government should send the necessary diplomas “briefly” so that they can be discussed and approved.

“The government should submit amendments to three laws to adjust them in order to adapt them taking into account the ratification of the maritime boundary treaty,” explained the President of Parliament.

The source of the executive confirmed to Lusa that the package is expected to be debated and approved by the Council of Ministers next week, with the necessary legislative changes – some that will be necessary before ratification.

The process obligates, necessarily, that the deputies interrupt the annual interruption of the parliament and demands, in the case of some diplomas, the promulgation by the President of the Republic.

Since the signing of the treaty Timor-Leste has been negotiating with Canberra and with the operators with projects in the Timor Sea to finalize the complex transitional arrangements for the new regime that will be formally created with ratification.

Gualdino da Silva, president of Timor-Leste’s National Petroleum and Mineral Authority (ANPM), recently explained to Lusa that “there are several contracts affected by the new border delimitation treaty”, including those related to the Bayu Undan project, and other licenses that are currently operating under the Australian regime, at the western boundary of the Joint Petroleum Development Zone (JPDA).

Projects that are “in different phases” and require a new Production Sharing Contract (PSC), new government decrees and other legislative changes, both in Timor-Leste and Australia, in areas such as taxes.

The president of ANMP underlines the complexity of what is on the table and what it is necessary to approve in the framework of the treaty of permanent maritime borders between Timor-Leste and Australia, signed on March 6, 2018.

In practice, with the entry into force of the treaty, the fields in question will now be 100% in East Timorese waters, which means that the previous situation where some of the schemes and 10% of the revenue would go to Australia need to be changed.

“Converting 10 percent of the revenue that goes to Australia now to Timor-Leste is not an easy equation, and it involves a lot of analysis, a lot of work, a lot of elements. The reality is that we meet almost every three weeks,” he said.

It is recalled that on March 6, 2018, Timor-Leste and Australia signed in New York the historic “Comprehensive package agreement on the central elements of a delimitation of maritime borders between the two countries in the Timor Sea”, document produced after negotiations under the auspices of a Conciliation Commission.