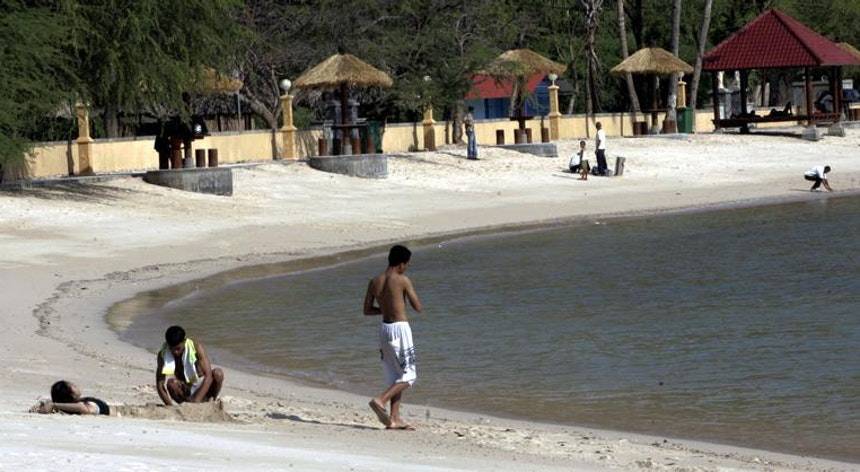 Timor-Leste has the conditions and resources available to invest in infrastructure and its population, and it must do so because it is a “rich country where there are too many poor people,” a World Bank official told Lusa.

“What we are trying to convince the Government is that the focus on the infrastructures side alone is not enough, that the Government could and should, in our opinion, invest more in people. Both physical and human capital are important if the country is able to respond to both needs with sufficient resources, “Rodrigo Chaves, director of the World Bank for Indonesia and Timor-Leste, told Lusa.

In an interview with Lusa during a visit to Dili, Chaves said that the World Bank will continue to respond to Timor-Leste’s interest in supporting the infrastructure sector, explaining that the institution “tripled the availability of subsidized financing from 30 to 90 million [of US $ 79 million] “.

Considering that “a luxury” had 10 times its GDP in its own fund, the Costa Rican said that this is a “huge opportunity” that should not be lost, and the state should seek to “make good use of its good fortune”.

“This country is rich, I do not know many countries in the world that can say that they have a fund that is 10 times its GDP,” he said.

Asked about the fact that the economy depends heavily on state money, Chaves says that there should be no “religious obsession on this issue” and that it is important to look at “the context of this country at this particular moment”.

“The question is how to make the most of the decisions on the allocation of funds. If you invest in capital and human development, look for more technical efficiency,” he said.

“Are you getting miles of quality roads, are they being built fast enough? You’re spending a lot on education, but are the kids learning? Focus on investment results. Study investments, do feasibility studies , try to look into the future, “he said.

Rodrigo Chaves recalls that the world is changing in many aspects, from the labor model to energy, and that Timor-Leste “has the luxury of being able to plan its own future because it has the resources to do so.”

One of the areas where it is urgent to intervene is in the fight against dwarfism, which affects more than half of children up to five years of age, which represents a “future mortgage for children who are malnourished early in life.”

“Studies show that in children with dwarfism up to the age of 5, their brains are already irreversibly damaged, so they will not be able to learn as well as the rest of the children. .

“This, by itself, shows that half of the future workforce already faces challenges. This is an increasingly competitive world, the nature of the workforce has changed, muscle strength is less needed and what we have in the head is what it makes people more productive, and without it we will not be more productive.

Tackling the problem forces convergence solutions – “providing basic social services and changing social behaviors, at the same time, in the same place, to the same community”, in areas such as sanitation, nutrition, health care.

That means more money, but also more effective use of available money, he said, giving Indonesia an example of a national map of high-incidence areas.

The Indonesian Government has set aside $ 14 billion over four years to combat dwarfism, and the intervention seeks to fill gaps that exist at various sites, making the application of funds more effective.

“The government needs to ensure that basic public services for a healthy society are available where people live. And if those investments do not exist, that means money,” he said.

“But it may also be the solution to use what we have most effectively,” he said.

Investing in people, he said, is essential to reducing the “gaps” built over the centuries with plans designed and effectively implemented.

Considering that the success of the World Bank‘s action in Timor-Leste depends on its ability to find the most appropriate model for the local situation, Chaves said that the institution unites “international experience with knowledge of the country”.

And on the challenges and bureaucratic obstacles still felt in Timor-Leste, Chaves says that everyone wants everything as quickly as possible, but also in the most cost-effective way.

Taking the example of the Government, despite the political impasse of the country, was able to continue to pay wages and maintain the operation of basic services, Chaves reiterated the willingness of the World Bank to help deal with management and administration issues.

"How about Timor-Leste?" by a Traveller