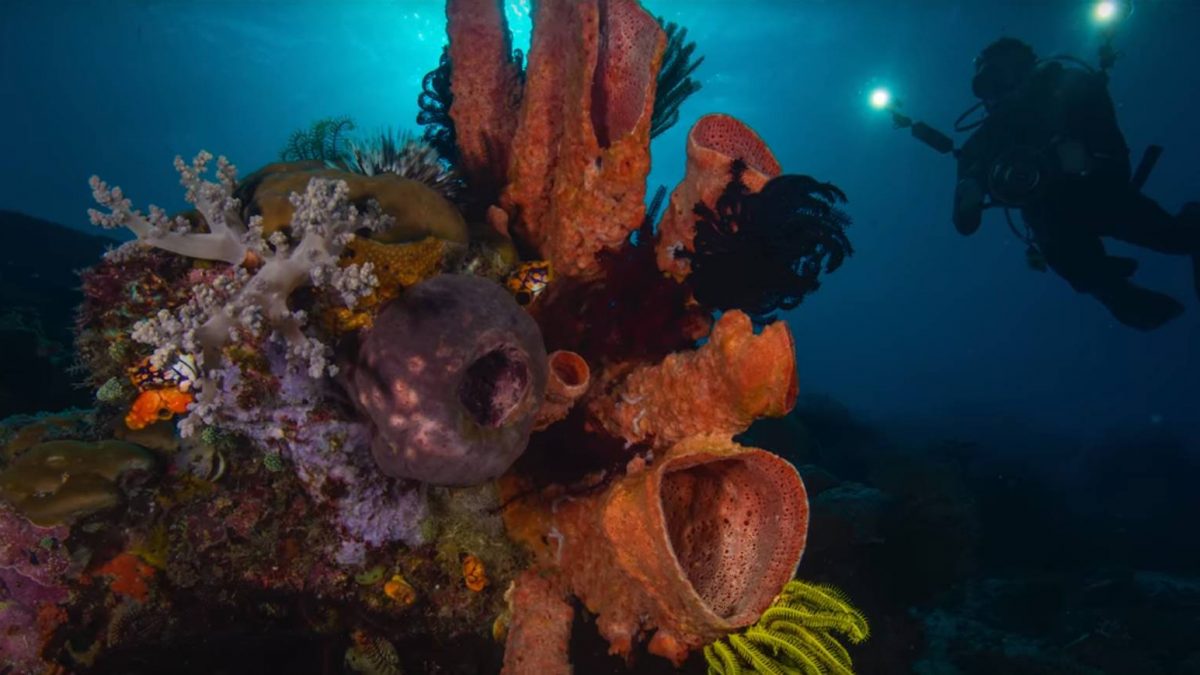 SZtv / Timor-Leste from Below
Video

“Timor-Leste from Below”, asked in this episode if Timor Leste has the most biodiverse coral reef on Earth and went for a scuba diving in Atauro Island to find the truth.

“In this episode, we take you to an oceanic island. Explore one of the most diverse reefs ever recorded. And try to photograph all its fish.”

“My name is Bertie and this is Timor-Leste from Below”

“36km to the north of Dili sits the majestic and beautiful island of Atauro. Its name locally means goat island, but thankfully there’s a lot more to be seen here than just that.”

“The reefs surrounding Timor-Leste’s largest island are bursting with biodiversity. In fact, back in 2016, a team of biological boffins from Conservation International determined that the reefs here have the highest average fish diversity of anywhere else they’d surveyed worldwide.”

“And of all the dive sites surveyed by Conservation International, it is this one here, right in front of Atauro Dive Resort that was found to have more fish species than anywhere else on the entire island.”

“So that’s my challenge for today, not only to count the fish species but also to photograph them. Wish me luck. Coral reefs are often called the tropical rainforests of the sea, because of their mind-boggling biodiversity.”

“In fact, despite covering less than 1% of our planet, coral reefs provide a home for 25% of all marine fish species! Frustratingly about 99% of those species don’t seem to want to sit still and have their photo taken. It is absolutely exhausting chasing after all those reef fish.”

“I managed to get lots of pictures of fishes’ bottoms.”

“Do reef fish even have bottoms, Will?”

“Technically they have a cloaca but if you want to call it a bottom that’s fine.”

“Ok well, whatever it is I got lots of pictures of them. I guess that’s what happens when you spend your entire life trying to evade predators and then you see some big bubble-breathing, tank wearing monster swimming towards you. I would hide in coral too.”

“Either way, epic fail, so I think we’re going to have to rethink this. Right, let me back on. That night, I had a dream.”

“If the reef fish are so diverse, then surely the reef itself must be too… So that didn’t go quite according to plan, however, I have been doing my research and it turns out that this site here isn’t just one of the most biodiverse in terms of fish species but also coral too. So let’s gear up and give it another go.”

“A considerably more photo-friendly subject, the coral making up this remarkable reef is also some of the most biodiverse on Earth. Coming in all shapes and sizes, coral is the building blocks of life in tropical waters.”

“From hard to soft, round, spiky, bubbly or whip-like, the coral provides a suitable home for thousands of species of fish. Made up of a colony of tiny-little animals known as polyps, coral is living, breathing creatures.”

“Some have miniscule mouths to feed on passing nutrients, whilst others are solar-powered, hijacking the photosynthetic powers of a type of algae living within their cells.”

“Science and symbiosis aside, one thing we can all appreciate is the sheer beauty of a healthy tropical reef.”

“I think we’re gonna have a few nice photographs here, and I’ve been lucky enough to dive on coral reefs all over the world and I can safely say that this reef here is one of the most beautiful, one of the most pristine reefs that I have ever seen, anywhere. And sometimes it’s nice just to tuck your camera under your arm and get swept along in a gentle current and simply observe.”

“And I’m no marine biologist, I’m just a humble photographer but you can safely say that this surely is one of the most biodiverse reefs on the planet. Now is there time for another dive, Will? Always time for another dive! Excellent. Astounding Atauro Island has got to be on the list for anyone crazy about coral reefs.”

“With global news focussing heavily on coral bleaching events all around the world it’s reassuring to be able to dive somewhere so healthy.”

“With some areas already restricted from fishing, let’s hope that what may be the world’s richest reefs get the protection they deserve.”

SZtv is the new channel of original stories about wildlife and conservation from Scubazoo, an award-winning, independent production company based in Sabah, Malaysian Borneo for the last twenty years.