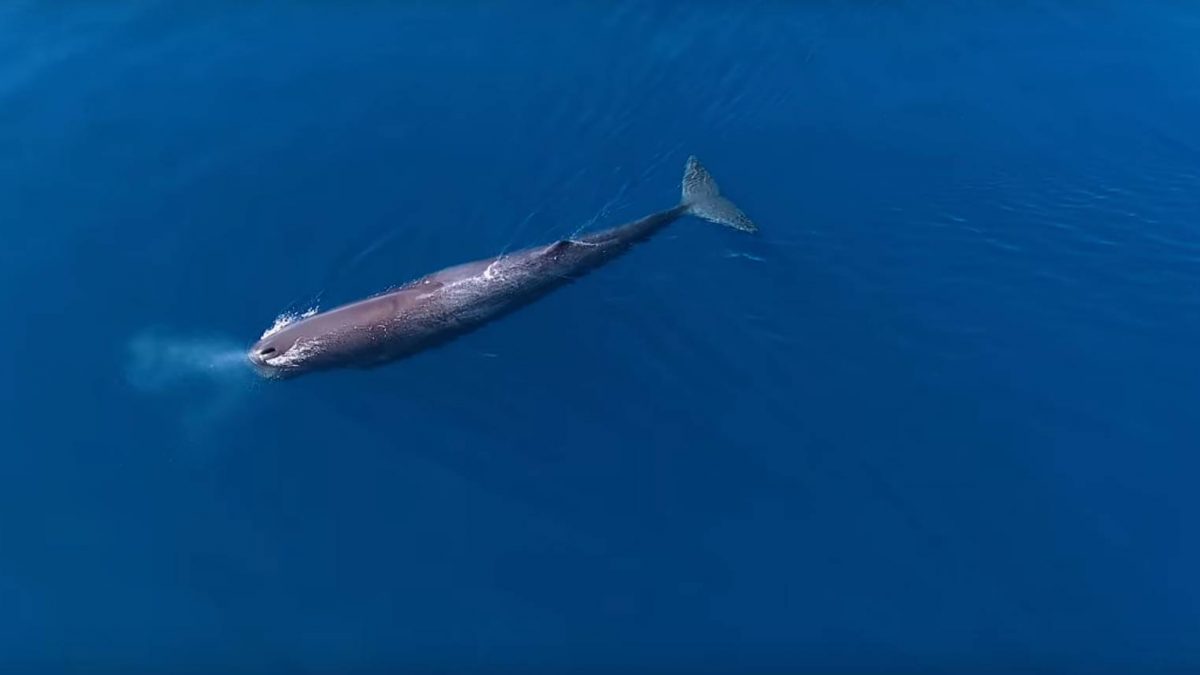 Watch to the end for an epic sperm whale encounter in Timor Leste. Once feared by sailors on the high seas, sperm whales hold a special place in human history. However, despite being the largest predator on the planet, these ocean giants are greatly misunderstood.

“In this episode, we take you to see the largest predator on the planet”

“My name is Bertie and this is Timor-Leste from Below “

“Straight out of a storybook, this is a sperm whale. Their name is derived from spermaceti a waxy substance found inside the whale’s noggin. A highly sought after product for use in oil lamps, lubricants, and candles, sperm whales were extensively hunted for centuries. “

“Made famous by the fictional and ferocious Moby Dick, sperm whales are actually gentle giants… Growing up to 20m long and with the largest brain of any animal, sperm whales are known to form strong social bonds between their family units. In an attempt to encounter one these beautiful behemoths myself, I met up with sperm whale ecologist and keen listener, Benjamin Kahn, off the coast of Dili. “

“And sperm whales can hold their breath for a long, long time so we might be waiting here a while. So the whale keeps surfacing and it’s up for quite a long time. Clearly used to our presence, doesn’t seem too bothered by us at all. And this is an animal that has got the largest brain of any animal to have ever lived and you can see it in its behaviour. “

“It keeps spy-hopping. So that means that it’s trying to catch a glimpse of us topside, catches us out the corner of its eye and thinks “eh you know maybe I might not hang around, I’m going to dive now”. But really cool to see that sort of behaviour. The sperm whale is at the surface, seems quite relaxed. So now we’ve just got to maneuver into position, hopefully get slightly ahead of him, drop, and then wait for the whale to come to us. “

“My heart is just thumping out of my chest. If they could take a giant squid, I’d be like a little hors d’oeuvres. And then once we’re in the water we have to stay as calm as humanly possible – which isn’t good because I get very overexcited and I fin and squeal a lot. So I’ve got to try and keep a lid on it and be Zen. Alright guys we’re getting in a good position look at this. Woooooo! Get in! Oh my God it stinks! It just took a poop on me! “

“A sperm whale, it nearly swam into me and he was right behind me, and he took a photo of the two of us together and then it did a poop on my head! But I don’t care because that was amazing. Absolutely sensational! “

“Possessing an in-built sonar squid detection system, the largest brain of any animal, and an awe-inspiring amount of grace and majesty. The spectacular sperm whale is surely one of our ocean’s most incredible inhabitants. And with a global ban on commercial whaling, hopefully, now these gorgeous, gentle giants are able to roam the seven seas in peace. Making encounters like this one, a real possibility. “