8 months ago 5 min read
By using our website, you agree to the use of our cookies.
Got it!

Home > News > Timor-Leste Faces Challenges, Including Poverty, Which Are a Risk to Stability 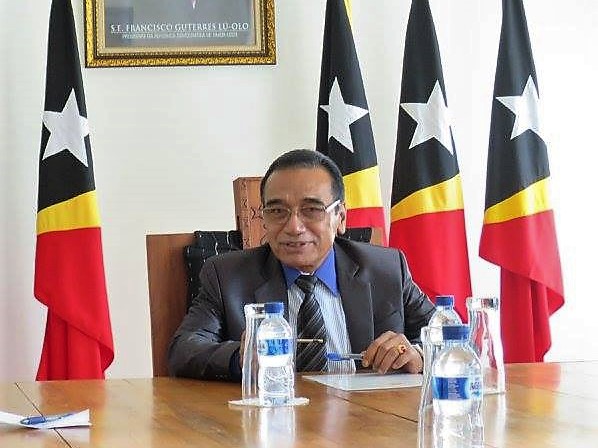 Dili, May 20, 2019 (Lusa) – Timor-Leste continues to face major challenges that could endanger the stability of the country, with many Timorese, including almost half of the children, still living in poverty, said the President of East Timor.

“The future of this country is compromised when 46% of our children under the age of 14 live below the poverty line,” Francisco Guterres Lu-Olo said in the official commemorations of the 17th anniversary of the restoration of independence.

“Production, productivity, and food quality have been deteriorating. The unemployment rate is still high in our country and most of our young people are looking for jobs abroad”, he said.

Lu-Olo was speaking at the official commemorations of the 17th anniversary of the restoration of East Timor’s independence, which took place today at the Presidential Palace in Dili and where the main dignities of the State were.

In a speech with several warnings about future national stability, Lu-Olo referred to the problem of food shortages, employment opportunities, water, and electricity, or lack of access to health services and medical treatment, which ” can be risk factors for social peace and stability. “

Overcoming these challenges, he said, requires “open dialogue, with the active participation of citizens,” seeking to “establish consensus and identify appropriate solutions to the nation’s problems.”

Lu-Olo has taken up the theme of economic diversification, especially by focusing on increasing support for the agricultural sector, the largest employer in Timor-Leste, where “about 60% of the population” depends on the sector.

“In addition to its role in reducing poverty and hunger in many countries, agriculture is the basis for the development of other sectors and contributes significantly to the conservation of biodiversity,” he said.

The head of state was particularly concerned with coffee, which is responsible for the production of more than 38,000 households, representing an annual output of the sector of over 22 million dollars, with low productivity that can be increased.

“I want to appeal to the Government to strengthen efforts to encourage small domestic producers to increase productivity so that we can reduce food imports,” he said.

“Let’s not forget that when we import, we are withdrawing money from Tasi Mane to ‘drown’ it in Tasi Feto,” he said, referring to the southern sea from where the oil revenues and the northern sea come from, where imports arrive.

Lu-Olo also called on the Government to strive to invest the country’s Petroleum Fund in a more sustainable way by accelerating “reforms that can optimize and boost competitiveness and stimulate the economy’s growth potential and responsiveness in the face of a collision “.

In particular, he said, the executive should work to create a “general business environment that facilitates investment and commercial activities in our country”, with reforms that also focus on the labor market and taxation.

“These veterans have left everything behind. They have left their homes, their well-being, their families, to fulfill a collective dream,” he said.

Under the theme, “Strengthening Unity and Ensuring Stability for National Development,” this year’s commemorations are an opportunity, he said, to highlight the importance of unity, peace, and stability for national development.

“We know that it is necessary to strengthen unity in order to guarantee stability and thus to continue to develop our country, but this unit has to be based on rules, principles and values, a unity reinforced by the principle of inclusion, in which no one is excluded, “he said.

The head of state recalled the “legacy of values ​​and principles that the parents of this nation left” and that today it is important to defend “as an inheritance for future generations.”

And he recalled the “small group of nationalists informally led by the late President Nicolau Lobato, before the fall of the Salazar regime on April 25, 1974, in Portugal” which began to foment the “national conscience” that led to the country’s independence, restored there 17 years.

A process that began by recognizing the “cultural heritage that unites” the Timorese and their “own identity, wisdom and strength”, in a framework of the struggle against colonialism and that today allows consolidating the homeland.