5 months ago 3 min read
By using our website, you agree to the use of our cookies.
Got it!

Home > News > Timor-Leste was “Betrayed” by “a Friendly Country” for Economic Interests, According to Xanana Gusmão 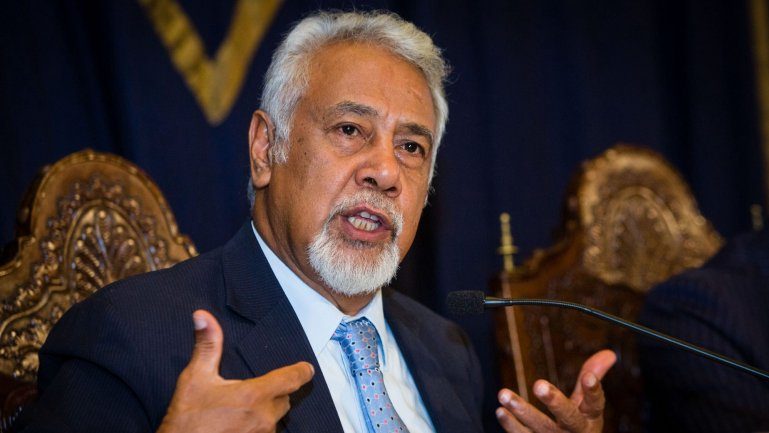 Timor-Leste was “Betrayed” by “a Friendly Country” for Economic Interests, According to Xanana Gusmão

At stake is a 2004 eavesdropping scheme by Australian secret services at Timorese government offices during negotiations for a new treaty for the Timor Sea.

The former President of the Republic of Timor-Leste, Xanana Gusmão, said on Wednesday that the country felt betrayed by “a friendly country”, Australia, when using the secret services of the fight against terrorism due to major economic interests .

“We feel betrayed by a supposedly friend-friendly country with which we were to rebuild [Timor-Leste],” said Xanana Gusmão in Lisbon at the presentation of “Passar dos Limites – Australia’s Secret History in the Timor Sea “By the Australian writer Kim McGrath and that addresses the action of that island country in Timorese territory in the last 50 years.

The existence of a wiretapping scheme set up in 2004 by the Australian secret services at Timorese government offices in Dili during negotiations for a new treaty for the Timor Sea was reported by a former Australian intelligence agent known as “Witness K” (your identity has never been revealed publicly).

“Witness K” and his lawyer, Bernard Collaery, are charged with conspiracy by the authorities in Canberra, which has a maximum sentence of two years in prison and is being tried in an Australian court.

In that sense, Xanana Gusmão, the first President of Timor-Leste since independence from Indonesia, has appealed to the Australian Government.

“It is in this intimate revolt that burns in here that I humbly make a public appeal here to the reason why the Government of Australia reconsiders and stops the injustice that is being practiced against Bernard Colleary and against witness K,” he said. , at the ceremony held during the fifth g7 + ministerial meeting in Lisbon.

“It was not the security of the state concerned, but the fact that military intelligence was used to spy on business affairs between Australia’s rich and the poor East Timor,” said the former head of state, adding: “No it was a matter of security. We had finished the war. If we had some weapons, which no longer worked, we had no weapons. That was not a security issue in Australia, we were not going to invade Australia. “

According to the reports, the Australian government obtained information that would help Australian intentions in the negotiations with Timor-Leste of the maritime border and control of the Greater Sunrise area, a rich oil and gas reserve.

The treaty, which eventually was signed, pointed out that each country would have 50% of the area to be explored, although most of the reserves were within Timorese territory.

When it became aware of the tapping, Dili contested the treaty and filed a lawsuit against Canberra’s spying at the Hague Arbitral Tribunal, arguing that because of the actions of the Australian Government, the agreement was illegal.