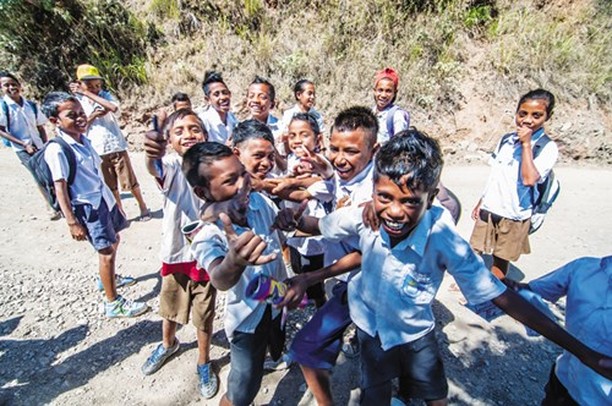 Lisbon, 22 May 2019 (Observador) – Dulce Soares, the Timorese Minister of Education, wants to make the Learning and School Formation Centers more independent and extend the intervention to neighboring schools.

The Timorese Minister of Education wants the Learning and School Formation Centers (CAFE), where they teach Portuguese and Timorese teachers, increasingly independent, with intervention in the neighboring public schools.

“Perhaps this is the way to go, on the one hand making CAFE schools more independent and, on the other, extending the intervention even further to neighboring schools,” Dulce Soares said at the inauguration on Tuesday of the new CAFE facilities of Maliana.

“There is no doubt, nor can we question the continuity of the CAFE project, which will continue to exist, will extend their classes until the 12th year. Then, together with Portugal, namely through the Embassy of Portugal, we will define strategies, “he said.

Dulce Soares was speaking in Maliana, where on Tuesday the new facilities of CAFE were inaugurated, a work that began in 2012, but which was only concluded this year, with 12 classrooms, a teachers’ room, a multimedia space, and a library.

Dulces Soares acknowledged that, although new, the facilities are insufficient and therefore the CAFE of Maliana will continue to use rooms of the Odomau Central Basic School.

The situation has been dragging on since 2010, “unfortunately putting into question the normal functioning of schools,” but, according to the minister, it ended up benefiting East Timorese teachers.

The minister said that the fact of the collaboration continues to help “strengthen the work of the CAFE Schools in one of its lines of intervention, namely in the training and capacity building of teachers and administrators of local public schools.”

“As always, I know that the Portuguese Embassy and Portuguese Cooperation will listen to us and that together we will agree on the directions we are going to take,” he said.

Speaking on the same occasion, the Portuguese ambassador to Dili, José Pedro Machado Vieira, said that the center of Maliana is “an unequivocal witness” to the East Timorese Government’s commitment “to Education and to the promotion and consolidation of the Portuguese language” in the country.

This is a project considered by Portugal, and I would also like to refer to Timor-Leste as being extremely important for the development and better qualification of the education system as well as for the fulfillment of the strategic priorities defined by the Government of Timor-Leste in field of education

Schools, he said, “are also aimed at strengthening the training of East Timorese teachers” with “training actions on teacher training and staff in East Timorese school administration and management.”

“It is aware of the importance of education, and given the prioritization of this sector by the Timorese authorities, with the aim of promoting poverty reduction and guaranteeing a better future for the country, through adequate training of human resources, to pay particular attention and dedicated commitment to the actions it has carried out in the education sector, for which more than 80% of public aid is allocated to Timor-Leste, “he recalled.

What is today the Maliana School of Learning and Formation – currently one of the 13 schools in the CAFE network across the country – began operating as a school in 2010.

A pole of the Portuguese School in Dili, which, as Dulce Soares recalled, was “one of the first schools, outside of Díli, to have permanent support of Portuguese teachers”, counting on six teachers with two classes each of preschool and 1st and 2nd year, thus covering only 120 students.

At the time, the school still followed the Portuguese curriculum “and therefore did not integrate the public network of Timorese schools, nor had the collaboration of Timorese teachers”, a situation that changed after the 2011 protocol with the Portuguese Ministry of Education.

“From then on, the so-called Reference Schools, which used the national curriculum of Timor-Leste, the textbooks and the school calendar, were created in all municipalities, from January to December, thus also teaching the language Tetum, “he recalled.

A new agreement has led to other changes since 2015, including the transformation of Reference Schools in the current Learning and School Education Centers (CAFÉ).

Today, he recalled, the school continues to grow with classes until the 10th year and a total of 641 students, with 12 Portuguese teachers and nine East Timorese, with three others to be recruited.

Lina Vicente, coordinator of CAFE told Lusa that the project currently has 140 Portuguese teachers and about 200 East Timorese, covering 8,252 students at various levels of schooling.

Nine of the schools already have high school grades.